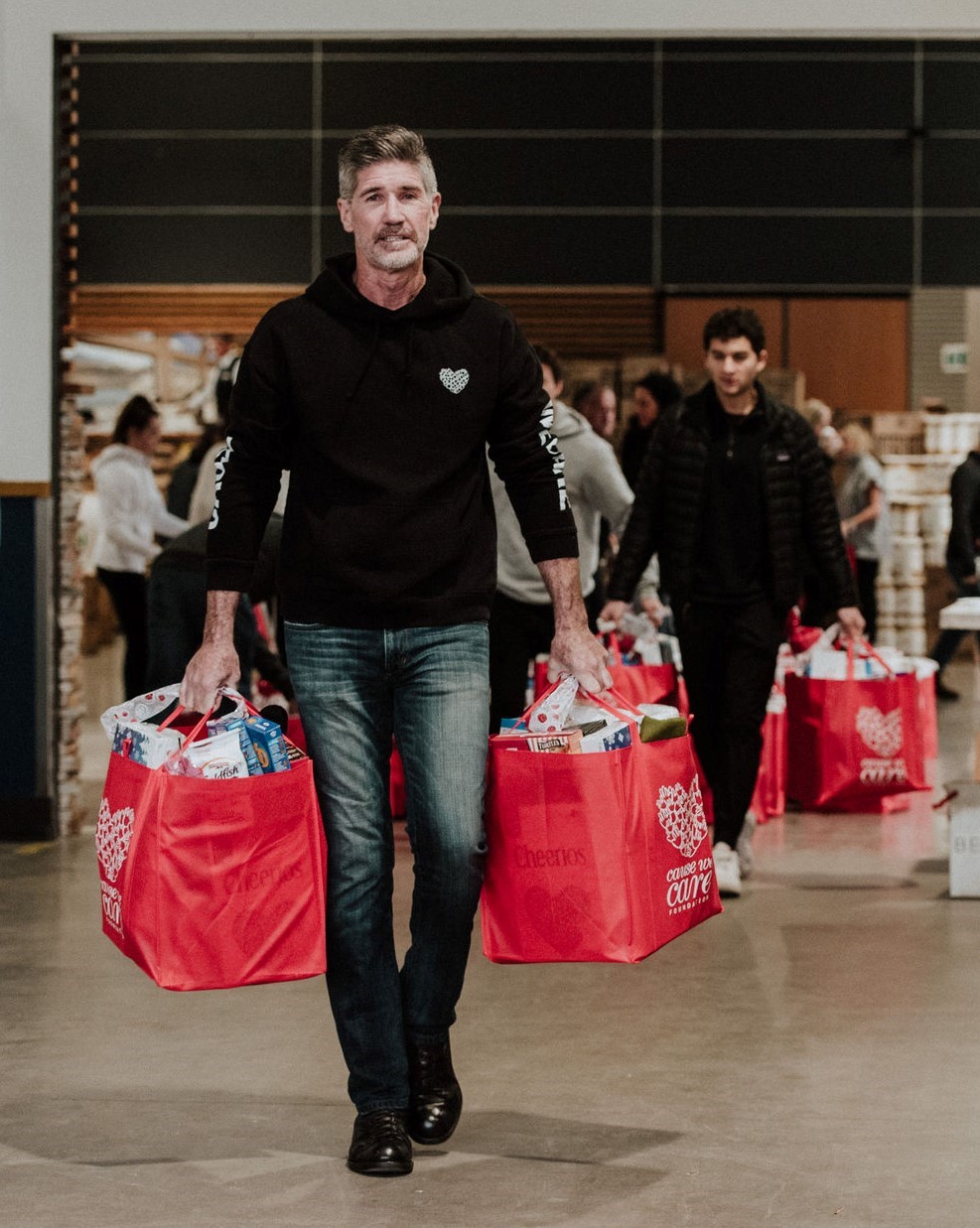 Once I discovered that Cause We Care specifically supported single mothers, I was all-in! From the time I was seven, my two older siblings and I were raised by my mother.
share

How did you get involved with Cause We Care Foundation?
I became involved with the foundation after receiving an email about CWC’s annual Christmas Hamper Drive. My interest was immediately piqued, because for several years my family and I supported a Christmas hamper program through my previous workplace, something we unfortunately stopped when I left that job. Each year, in lieu of exchanging gifts with each other, we would instead buy gifts for two community families in need. It’s hard to describe the joy we felt at giving gifts that we knew were really going to make a difference.
Why did the charity appeal to you?
Once I discovered that CWC specifically supported single mothers, I was all-in! From the time I was seven, my two older siblings and I were raised by my mother. There were far fewer single parent families in the late 1960’s than there are today – in fact, I’m pretty sure my brother and I were the only two kids in our elementary school being raised by a single parent. I remember at least one teacher explaining to me that my sometimes bad behaviour was a result of being from a ‘broken home’. That really hurt, because I knew that my mother sacrificed so much to give us a normal childhood. She died some years ago, and it just feels so right to contribute to a charity that honours my memory of her. That initial email also contained a call for volunteers to help assemble and distribute the hampers. Not only did I want to contribute financially, but I also wanted to become more involved with my time. I think I signed-up for my first drive in 2016. After meeting Andrea, Caroline, Amanda and all the other amazing and dedicated people involved in CWC, I knew I had found a new home.
Why is giving back to the community important to you?
I give back to the community because it’s a direct way to have an impact. We can’t wait for, nor should we expect our multiple levels of government to solve the problems that CWC attempts to address. As a younger man, I found it was easy to get caught up in career advancement and financial status. As I’ve gotten older, I’ve come to realize that these things are not as important as the relationships we build, not just with our families and friends, but with the community we live in.
If you could change one thing about Vancouver what would it be?
It would be the humanitarian crisis happening in the Downtown East Side. So many people are on the ground working so hard, and all three levels of government are committing more, but we just don’t seem to be able to transform the situation quickly enough and in a substantial way. Within this severely marginalized community, women and women with children are the hardest hit and suffer the most. The work CWC has done in partnership with the YWCA, to create YWCA Cause We Care House, is incredible, and we need more projects like it.
Motto to live by?
“The smallest act of kindness is worth more than the grandest intention.” – Oscar Wilde
Anything else you would like to add?
I encourage everyone to get more involved in supporting the community and creating something we can all be proud of. Whether you give money, time, or both, every little bit helps. You will be rewarded in ways you hadn’t anticipated. Decades of research shows that we flourish not by besting others, but by being part of something greater than ourselves.